It’s the ninth annual Tramlines music festival in Sheffield this weekend and the city will be buzzing. So I thought it would be great to look back over some of the musical legends that have been painted on Sheffield’s walls over the last few years.

By the way, I’m using the word legend loosely here, although some are true musical legends. Also, several of these murals can no longer be found and have been removed or painted over as is the nature of street art.

Trik9’s tribute managed to grab the attention of the national media, with some asking if it was actually meant to be Pat Sharp from the Fun House. 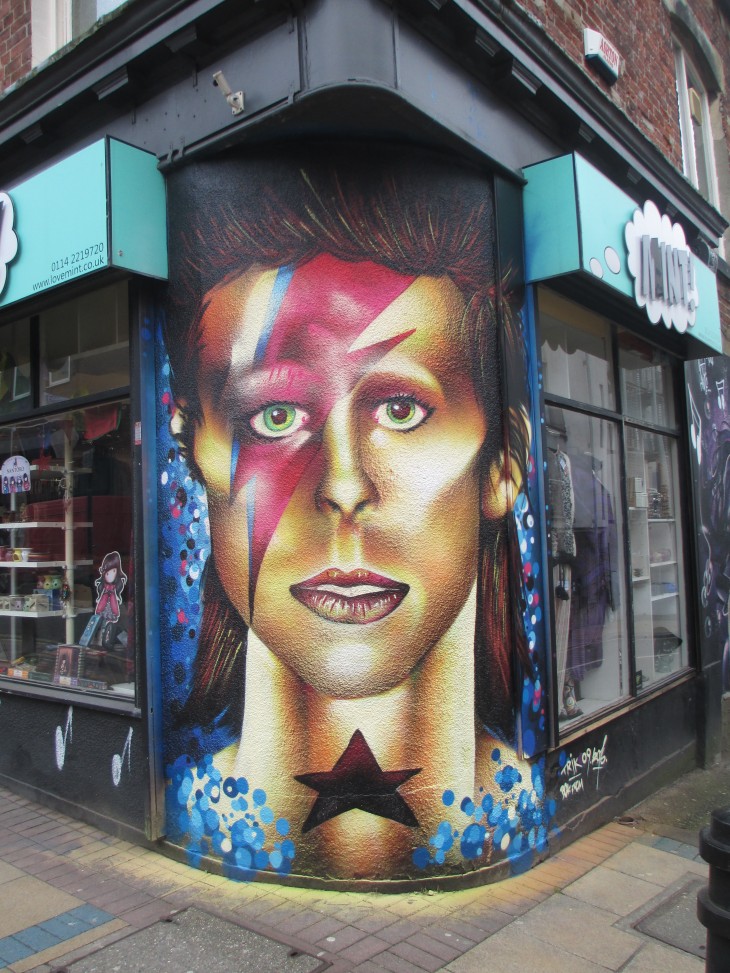 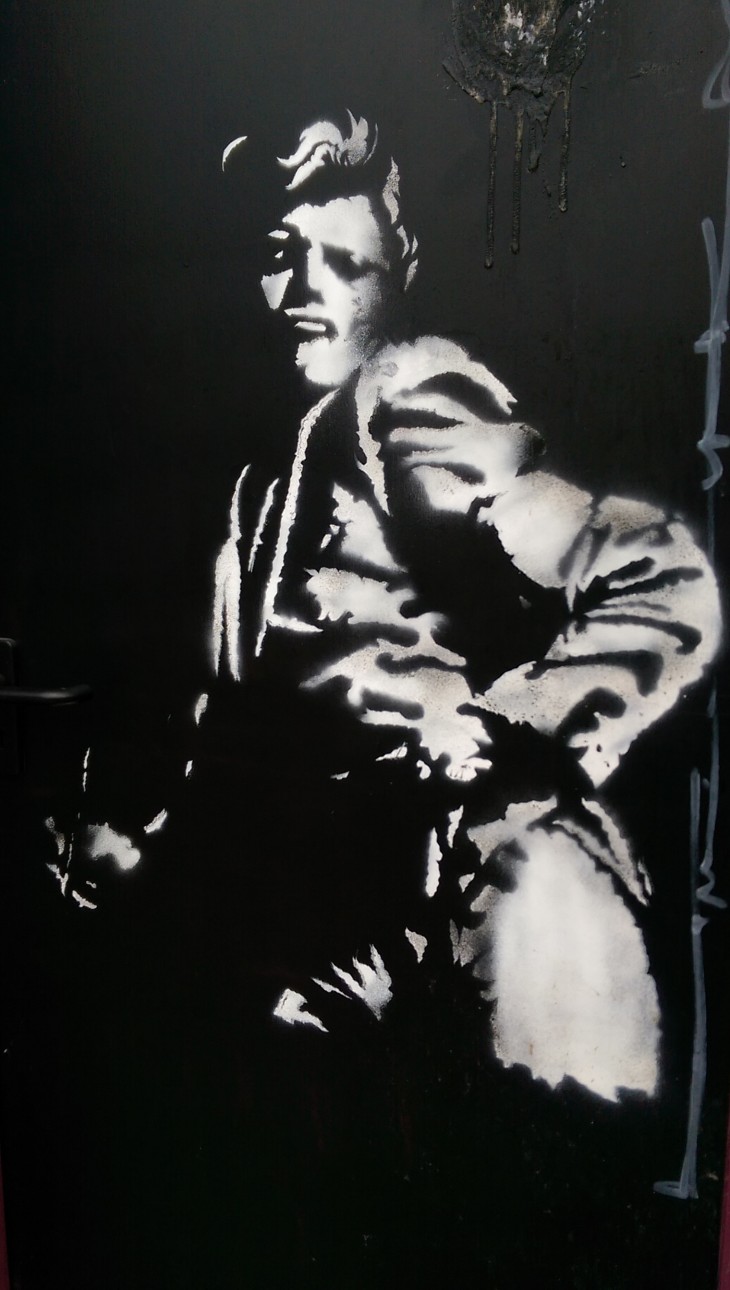 Let’s hope the message of this colourful mural of Bob Marley, located in the Sylvester Street Car Park, isn’t necessary for this year’s Tramlines. “Sun is shining, the weather is sweet” is what we want! 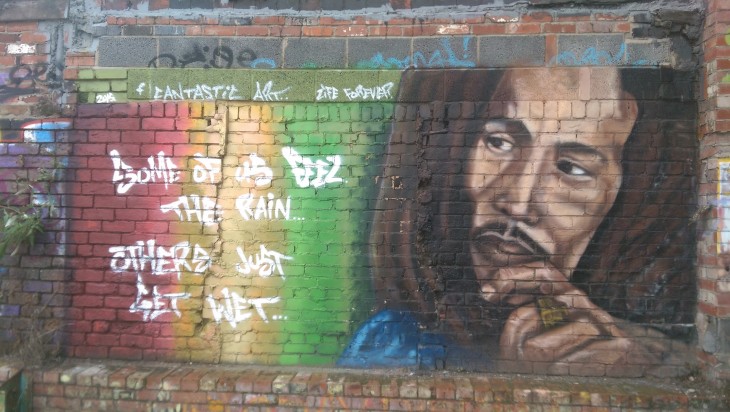 Pawski painted the Sex Pistols’ lead singer Johnny Rotten along the boardings of the former Gatecrasher One club before the student accommodation building that now stands on the site. 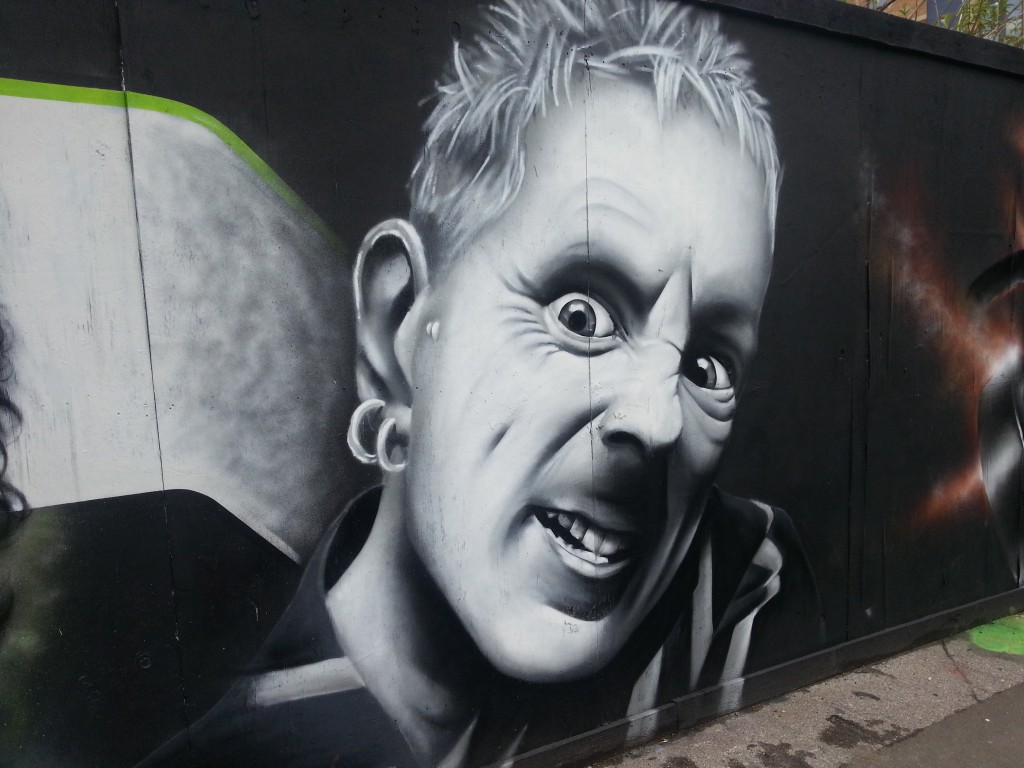 Next to Pawski’s painting, Foundry painted John Cooper Clarke. Not sure we can quite class him as a musician, but he is a legend. Anyway, it was a great piece of street art. 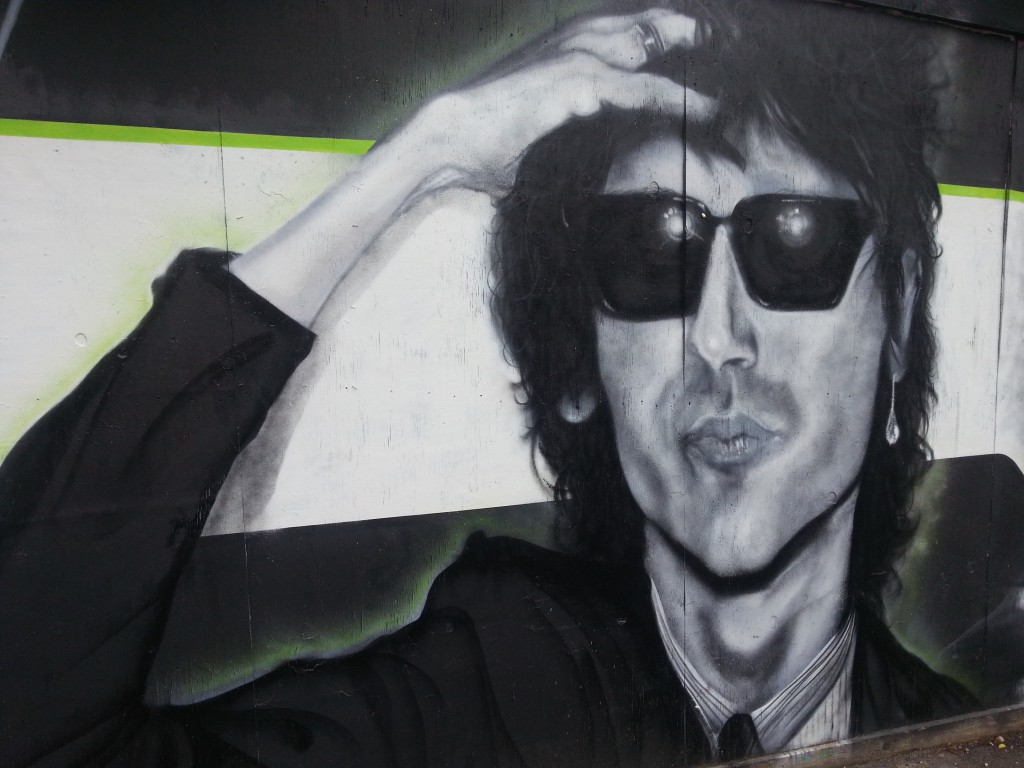 Before Trik9 painted David Bowie outside Mint! on Division Street he painted the lead singer of the Rolling Stones, Mick Jagger. 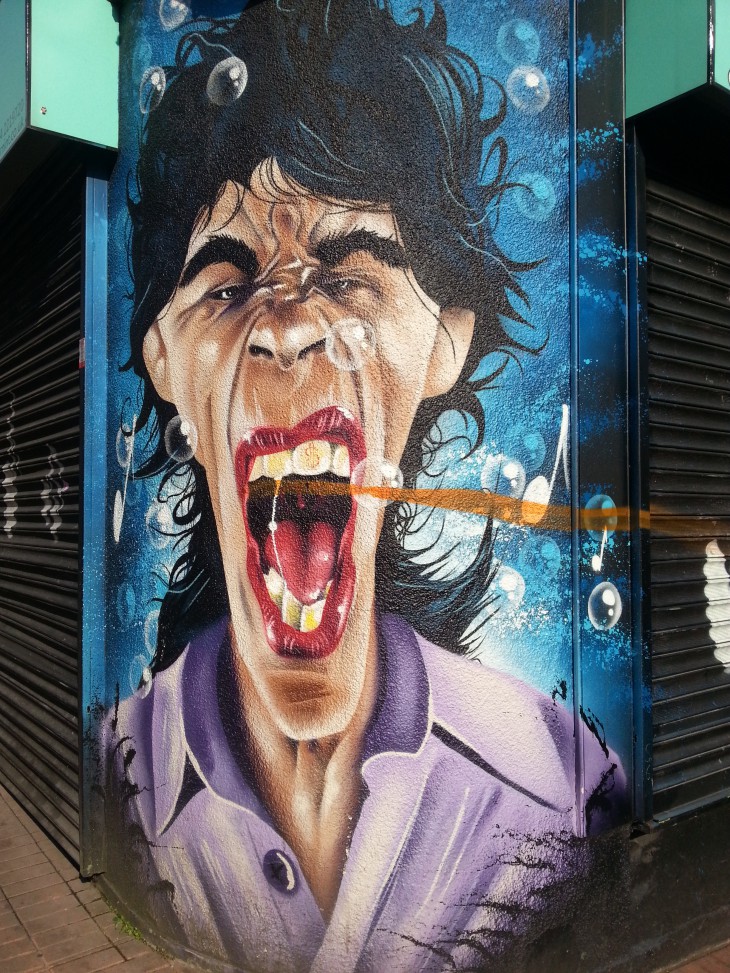 Sheffield born Jarvis Cocker, the lead singer of Pulp, has been painted several times by stencil artist Bubba 2000. His Still Common mural used to be found at the Stewart Road Car Park on Sharrow Vale Road. Another piece was painted on Abbeydale Road. 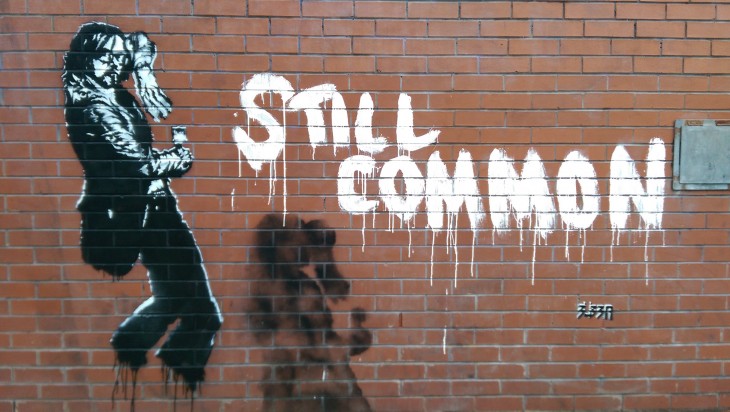 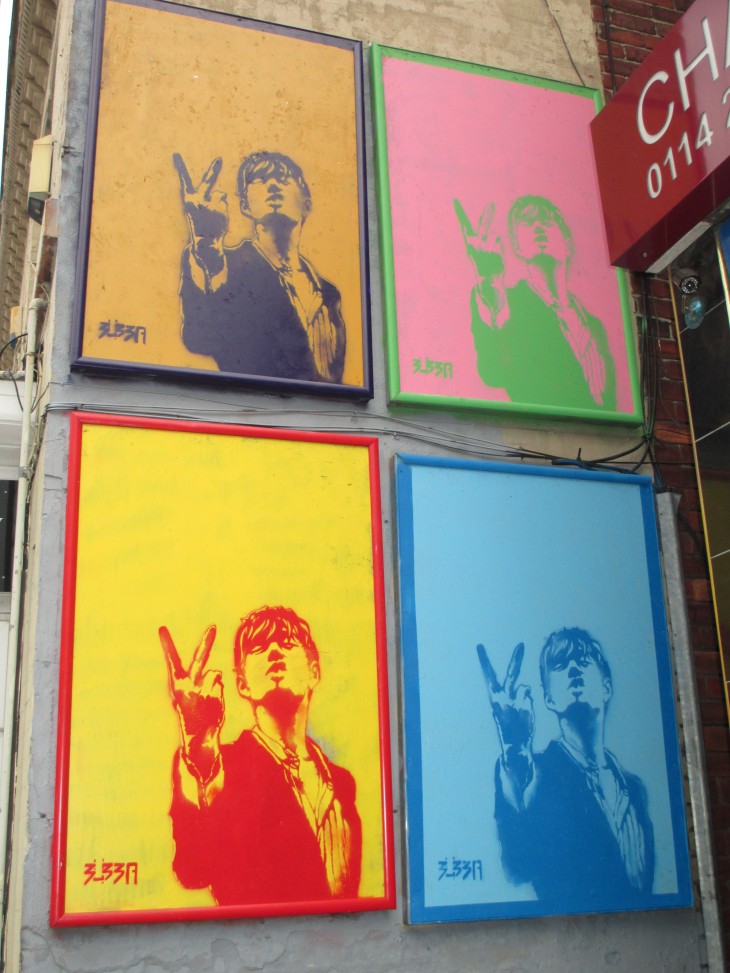 Sheffield is the home of the popular street artist Kid Acne who has also released a number of hip-hop records over the years. So whilst not a mural of a famous musician, Kid Acne’s The Birth Of Hip-Hop on South View Road seems fitting to be included here. 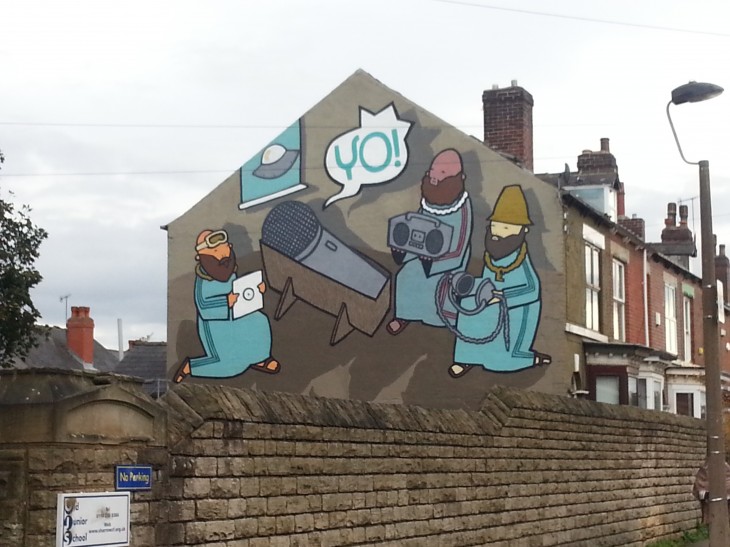 Have fun this weekend Sheffield!