The Mausoleum of the Giants opened on the 15th March. I was quick to head down there on the opening weekend and joined the queue that wrapped around the old Eye Witness Works building. After an hour of standing waiting in the rain we were brought through to the courtyard where we could get a drink and some shelter from the miserable weather. Since my first visit, queues have grown and on some days people have been waiting up to three hours to enter the Mausoleum; though I have yet to hear of anyone complain. There have been stories of local people giving up their places to let those who have travelled from further a field to get in. This will leave an important and lasting impression on those who are experiencing our city for the first time.

Everyone who enters the Mausoleum must do so through a corridor off of the main courtyard watched over by the Guardian. This figure stands alone from the main exhibits and is the first encounter visitors have with Phlegm’s sculptures. It is instantly recognisable as one of his creations. What the Guardian doesn’t give is a sense of the scale of the giants that follow as you pass through the passageway into the main chamber. What follows are monumental in scale.

The main room is dominated by two giants that fill the space stretching out across the floor and rising up to the high ceiling. A key feature of Phlegm’s street art is his use of the wall that he is painting on. Each enclave, ledge and pipe is incorporated into his illustrations. The three-dimensional figures of his current exhibition are no exception. Phlegm has made great use of the wonderful industrial space he has been given to work within. They are positioned in such a way that maximises the space and would leave them looking out of place anywhere else.

The giants are joined by other mysterious creatures and structures rising above the ground on stilts. I particularly like the hand rising out of the ground holding high a skull in its palm; what could easily be missed is that the hand belongs to a mournful looking horned creature who’s arms are sunk into the ground. Also easily missed in the neighbouring room is the pipe on the ceiling painted to look like one of Phlegm’s signature telescopes complete with a seeing eye.

Today I was extremely fortunate to be able to re-enter the Mausoleum when the queues were absent. The organisers had kindly invited me back to take some photos when I could have the room to myself. There was a stillness in the air and the giants felt so incredibly real. I was walking amongst sleeping giants as sunlight flooded through the skylights. It was an extraordinary experience. You can find some of the photos at the end of this post.

I’d like to thank Vanessa Toulmin and Sara Unwin who have helped organise this event and most importantly to the incredibly talented Phlegm. This is a free exhibition and has proven incredibly popular with people from Sheffield and much further afield. Its success is well deserved. If you have yet to experience then please don’t miss out. Once the exhibition finishes the giants will be laid to rest, never to be seen again.

Phlegm’s Mausoleum of the Giants runs until Saturday 6th April 2019 at the Eye Witness Works on Milton Street (S3 7WJ). 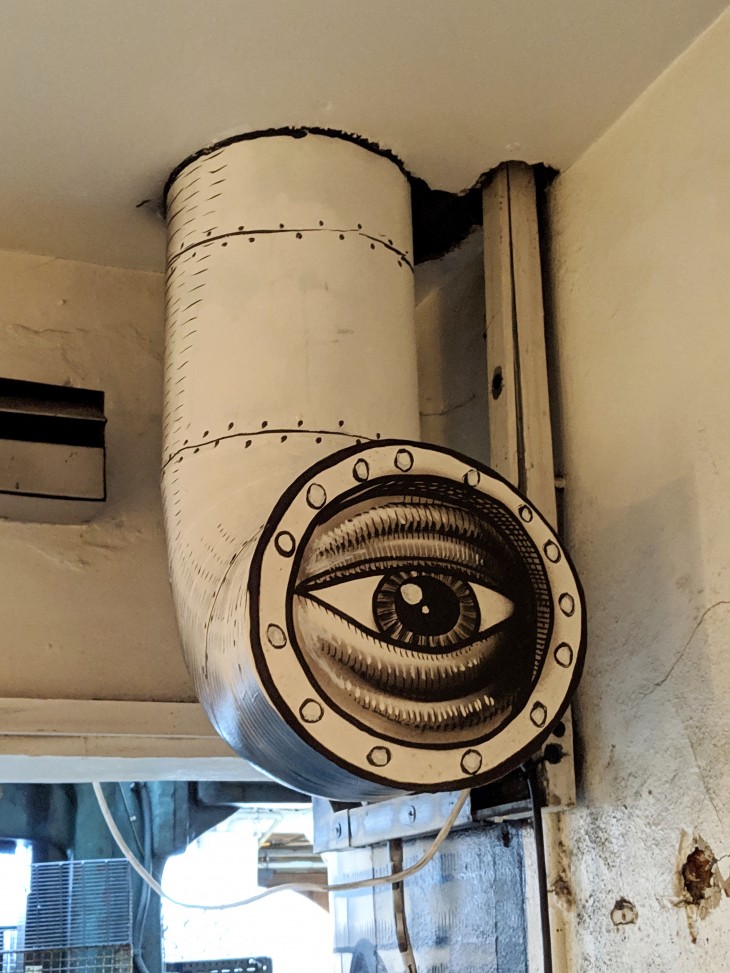 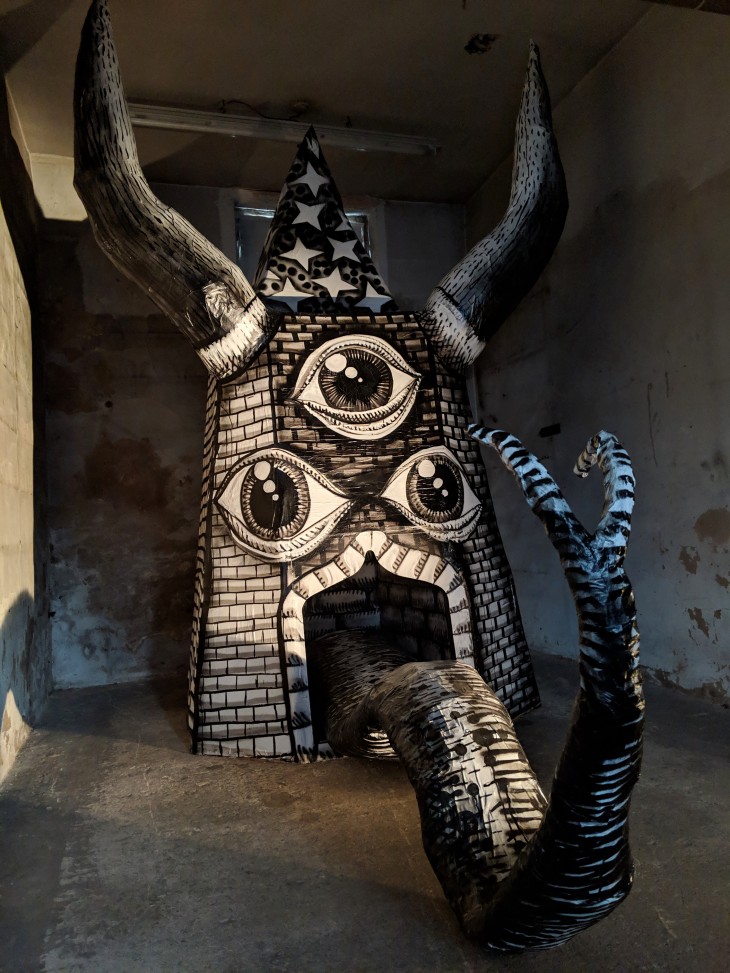