So the summer is over and the elephants that have occupied the streets of Sheffield over the last few months are starting to disappear ready to be auctioned off for charity. I have been following the trail of the Herd of Sheffield throughout the summer months and taking photos of each sculpture with the help of my partner. Each elephant has been added to this site’s Herd of Sheffield section to exist as a constant reminder of Sheffield’s largest (to date) public art exhibition.

I have loved each elephant I found. It has been great to see so much creativity on the streets of Sheffield being enjoyed by so many. The other day I got thinking about which have been my personal favourites and decided to share my top ten with you all here.

It has been difficult to reduce the list of 58 elephants to just 10, but let’s get started. Here’s my number 10 through to 6 (I will reveal my top 5 tomorrow). 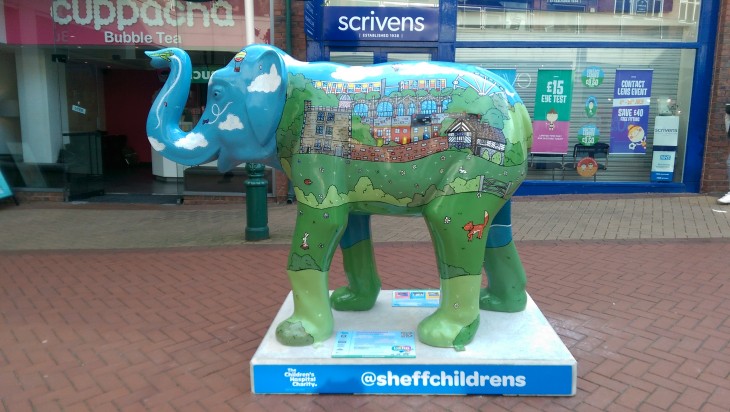 I have been walking passed Aimee and Josh Williams’ Sheffield Elephant most days on my walk to and from work. Like many of the elephants it features plenty of iconic Sheffield buildings. I particularly liked this contribution for the style of illustration and the vibrant colours that really made this sculpture stand out in it’s surroundings of Orchard Square. 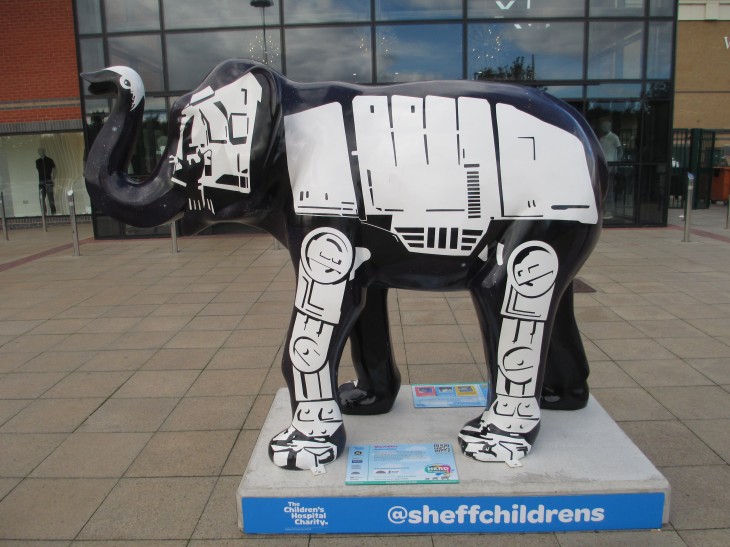 Like many others, I grew up with Star Wars so Stephen McKay’s Skywalker was a nice reminder of my childhood (not that I’ve ever really grown out of Star Wars). Stephen’s sculpture is an elephant shaped AT-AT from the popular films. One of the things I liked about this particular elephant was that from a distance it looks black-and-white, but get up close and you discover that the black is actually a colourful galaxy of star clusters, a really nice touch. 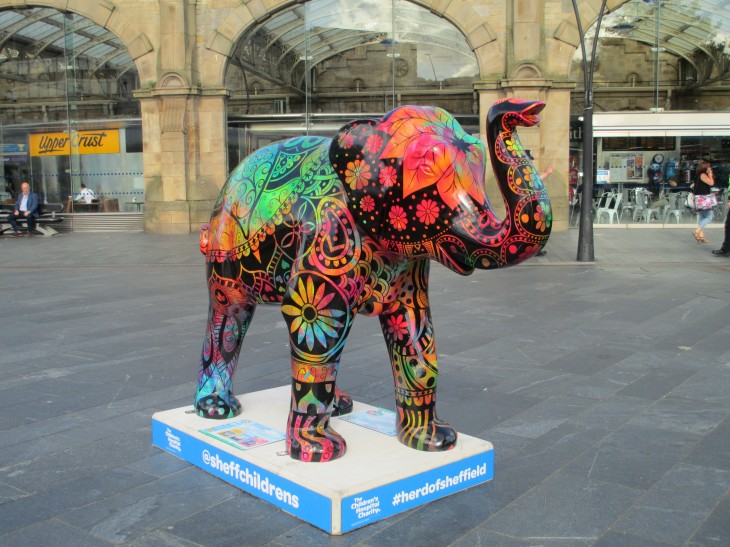 Sue Guthrie’s Gulal Graffiti has been stood outside the main train station in Sheaf Square throughout the summer. This multi-coloured elephant looked great, especially when the sun came out (which believe it or not it actually did a few times this summer). The sun shining off this elephant’s coat made it one of the most vibrant of the herd! 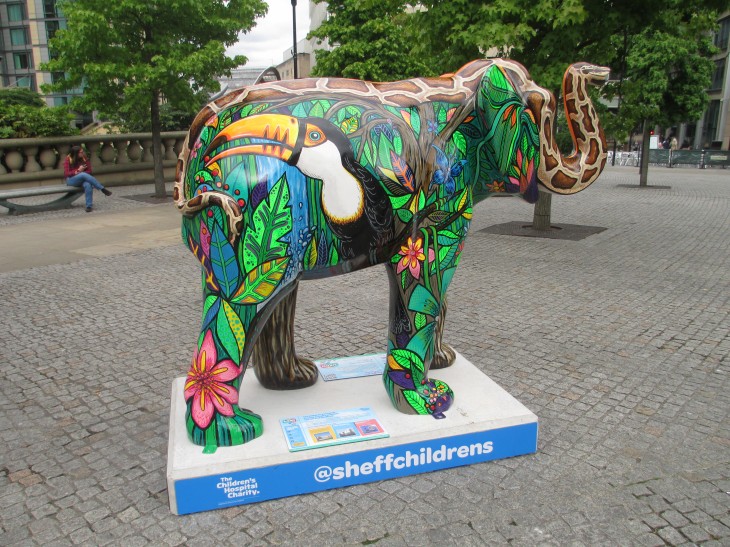 It’s proving really hard to reduce over 50 elephants to just 10, but Jungle Jim was a fun elephant that I particularly liked. Jenny Leonard’s sculpture had two sides, one depicting the African wilderness at sunset, the other the deep jungle. I liked the use of a snake to split the two sides going the length of the elephant’s back from the trunk to the tail. 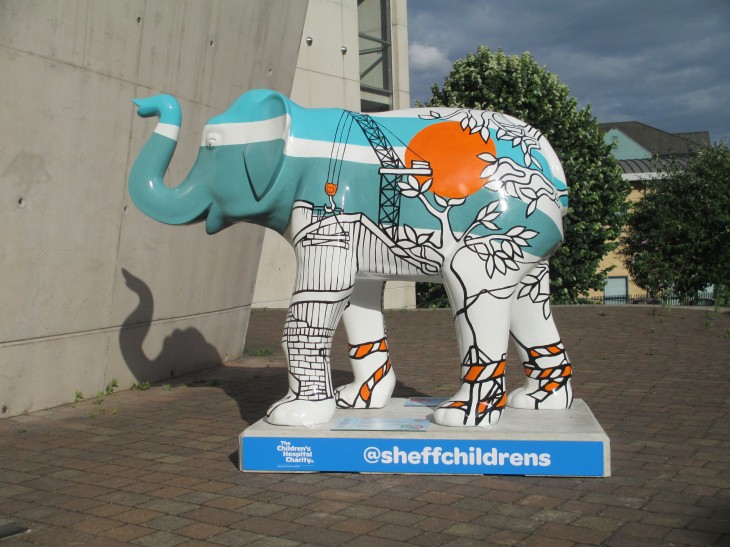 I love Jo Peel’s murals that she paints across Sheffield from her work on the side of Hagglers Corner to her mural out in Attercliffe. So it was great to find her contribution to the Herd of Sheffield outside the Yorkshire Art Space. The City Elephant took the themes of Sheffield’s industrial heritage and it’s green city status and combined them to make this fantastic artwork. The choice of colours looked great against the backdrop of the white concrete of the building behind.

So that completes #10 through #6. Don’t forget to check out the blog tomorrow for my final top 5 elephants! 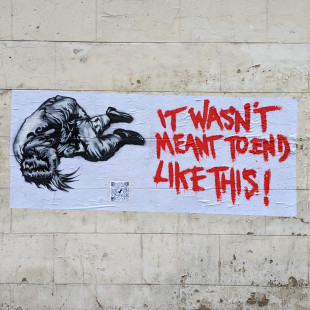 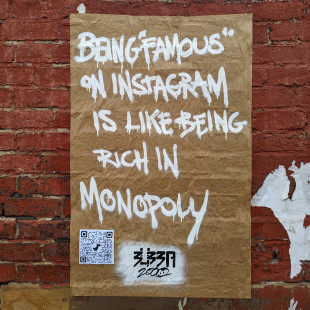 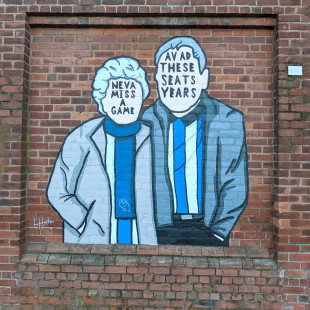