With NASA’s Chuck Deiterich in Sheffield later this week I thought it would be fitting to highlight some of Sheffield’s space themed street art. Chuck Deiterich was an Apollo Flight Controller and is in Sheffield to recount his career at NASA and share his memories from the golden age of spaceflight (for details head over to Something Astronomical).

There’s not a lot of extraterrestrial street art in Sheffield, but what we do have is of an extremely high quality thanks to Rocket01 and Phlegm.

Hidden away on Froggatt Lane (just off Arundel Street in the Cultural Industries Quarter) is a beautiful painting by Rocket01 of former Sky at Night presenter Sir Patrick Moore. Sir Patrick sadly passed away in 2012. He was a keen amateur astronomer who presented the BBC’s astronomy show for well over 50 years. This work predominately uses the colour green, as with most of Rocket01’s works, and has Sir Patrick wearing badges on his lapel including ‘I Love Sheffield’. 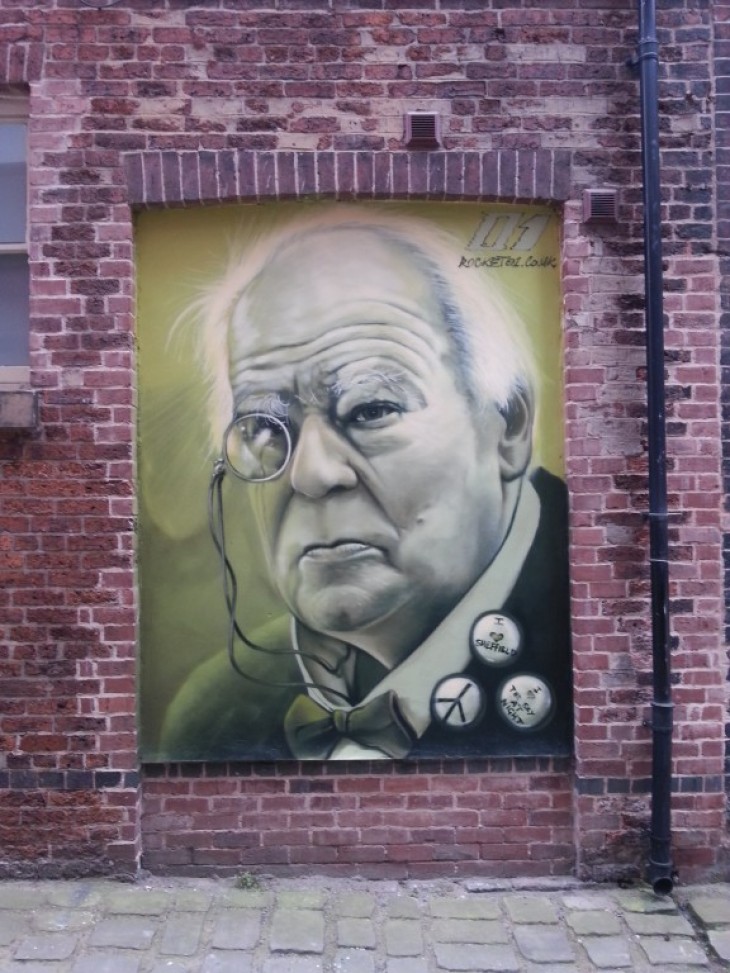 Sticking with the theme of astronomers, Phlegm has painted many in his distinctive monochrome style around the city centre. Possibly the most visible of these is on the beer garden walls of the Rutland Arms just around the corner from Rocket01’s Patrick Moore.

On the other side of the city centre is a second piece by Phlegm. This one features a group of astronomers observing an orrery of planets, moons and stars hanging from the rooftop of the back of Rare & Racy. 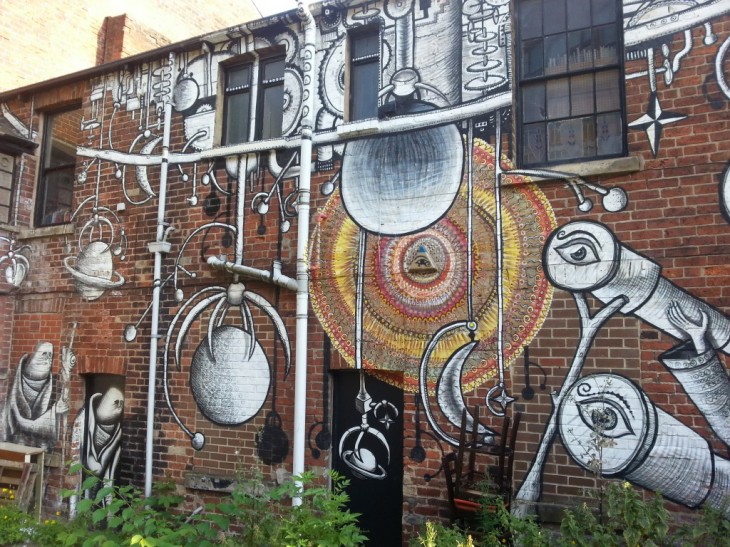 Last, but not least, is Rocket01’s tribute to Neil Armstrong, the first man on the moon. It can be found on Brown Lane just along the side of Tamper Coffee. 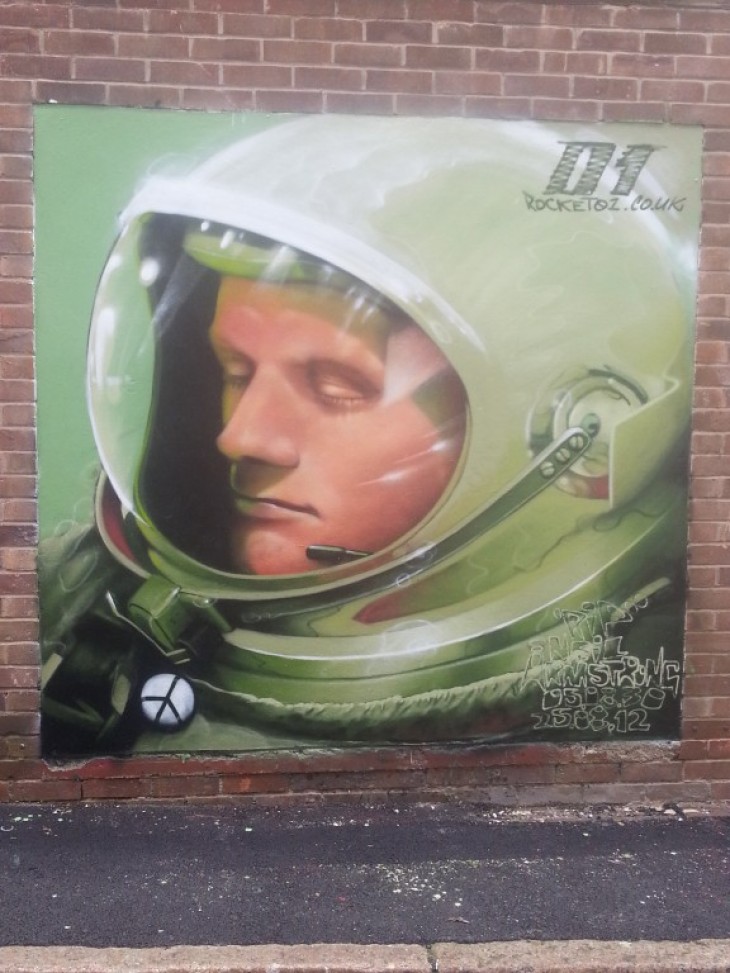 I’m sure that there are others that I’ve missed here, but these are probably the finest examples.

Chuck Deiterich’s in Sheffield this Saturday (16th May).

For those wondering, the space invader at the top of the page used to be found on Hawley Street behind the Cathedral; it has since been removed.