Faunagraphic has been responsible for many popular murals across Sheffield over the years. Sadly she seems to have moved on and relocated to Bulgaria, but a few of her pieces remain. Her work is usually inspired by nature, and birds feature a lot in her artwork using a predominantly green colour palette. 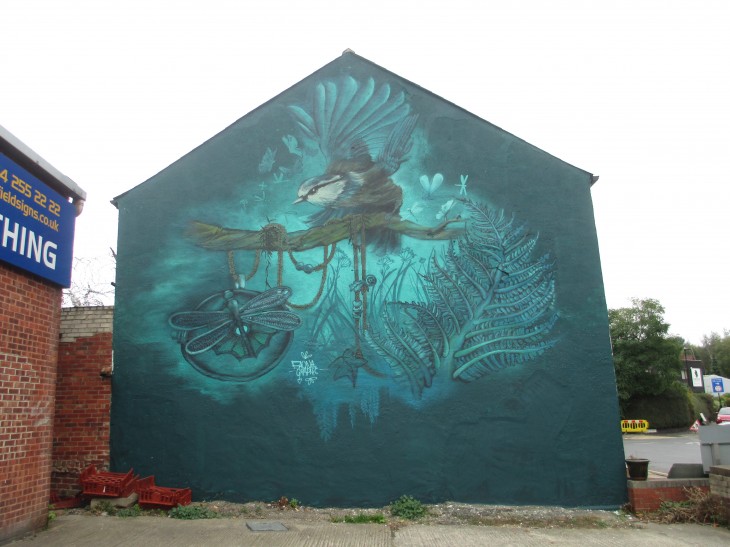 One of Faunagraphic’s most recognisable murals was her 42 foot tribute to the inventor of stainless steel, Harry Brearley. For many years this portrait greeted people as they headed down the hill to the train station. It has since been replaced by a new mural by the next artist on this list…

In 2019 Jo Peel was commissioned to replace Faunagraphic’s Brearley portrait on Howard Street. It seems like her works are everywhere in the city centre and surroundings these days. Whereas Faunagraphic takes inspiration from nature, Jo’s comes from the urban landscape. Her murals feature bold black-and-white illustrations of industrial and construction sites with bright blocks of colour in the background. 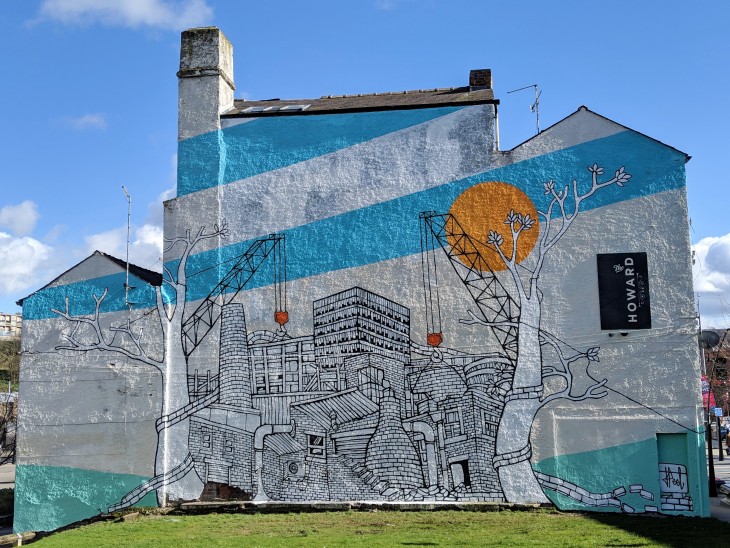 Aliss Curtis is a graduate of the Sheffield Institute of Arts where she studied Graphic Design. If you live in Sheffield then you’ve probably walked past her shutter artwork on The Moor many times not knowing who the artist was. 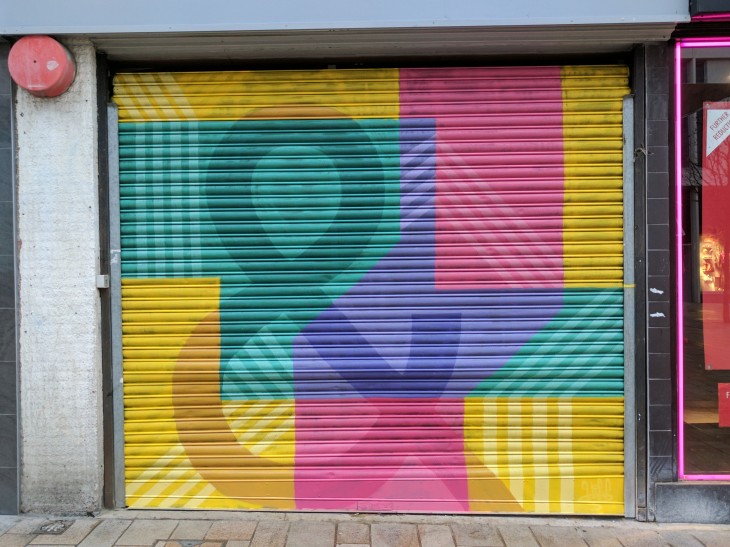 Like Faunagraphic, Peachzz takes inspiration from the natural world. She discovered the world of street art through Sheffield’s abandoned industrial sites. 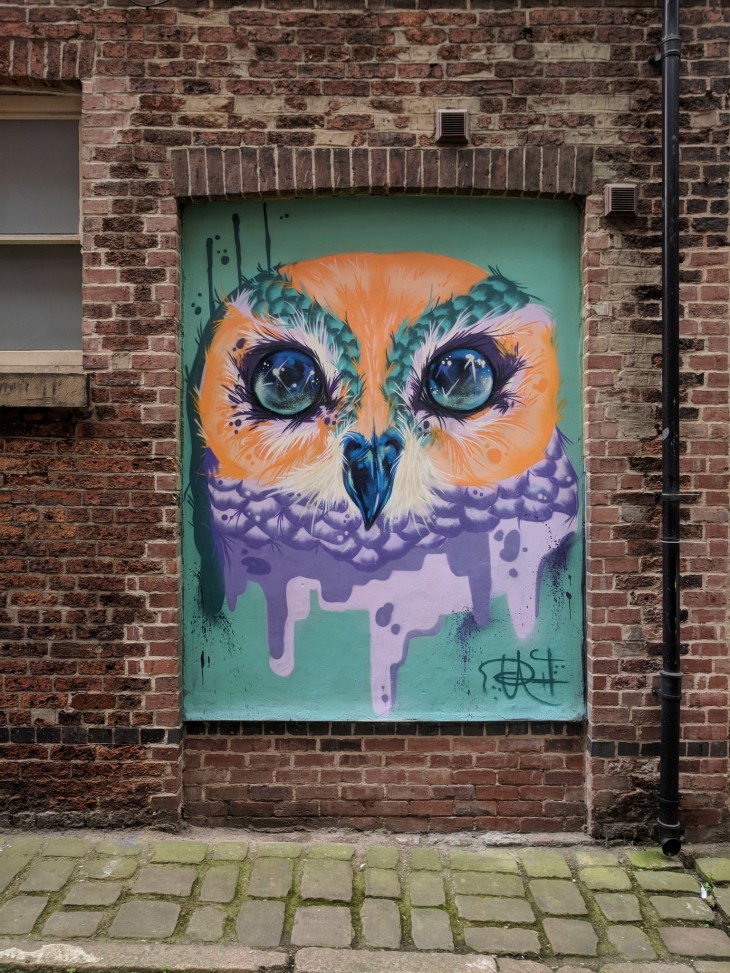 Florence Blanchard is a French artist who is behind many of Sheffield’s larger wall murals. Her colourful creations are inspired by her past experience working as a scientist. The brightly coloured shapes in her artwork often representing abstract molecular landscapes.

Florence has been painting the streets since the early 1990s when she went by the name Ema. 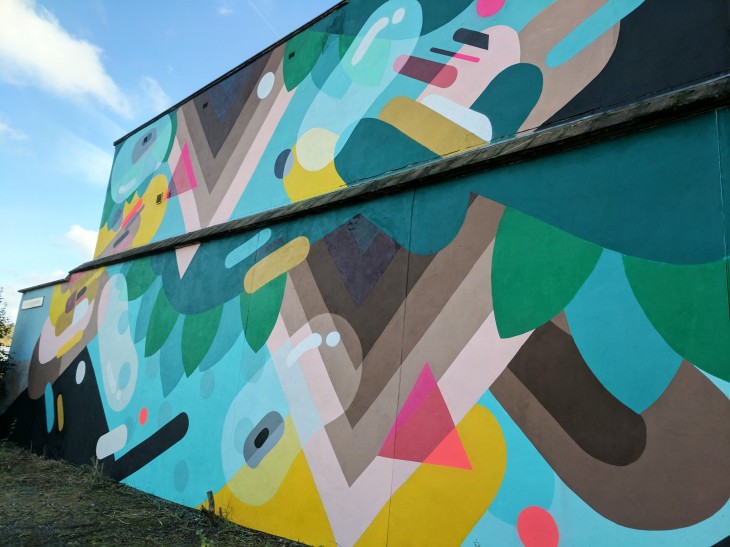 Not only has Florence contributed some fantastic artworks of her own to Sheffield’s street art scene, she also helped organise Feature Walls in 2016. This week long festival brought some incredible talent to the city to paint giant murals across Sheffield.

I only discovered Zoe Genders last year. She describes herself as a multidisciplinary artist. One of her recent contributions to Sheffield’s street art is this colourful mural cheering up Exchange Street where Castle Markets once stood: 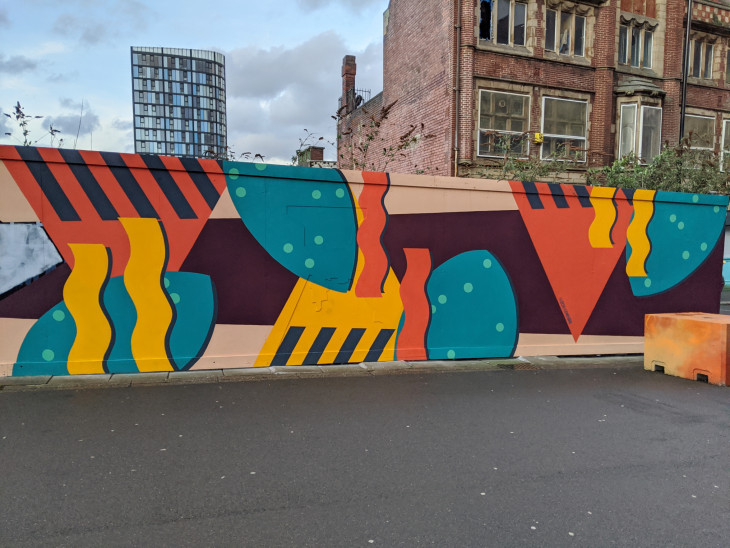 The final artist I want to mention is Fem Sorcell.

Fem is a Cumbrian artist, who graduated from Leeds Arts University and moved to Sheffield. Her contributions to the steel city’s street art has been gradually growing. It’s been great to see a new talent on the scene adding something new to our already fantastic art scene. 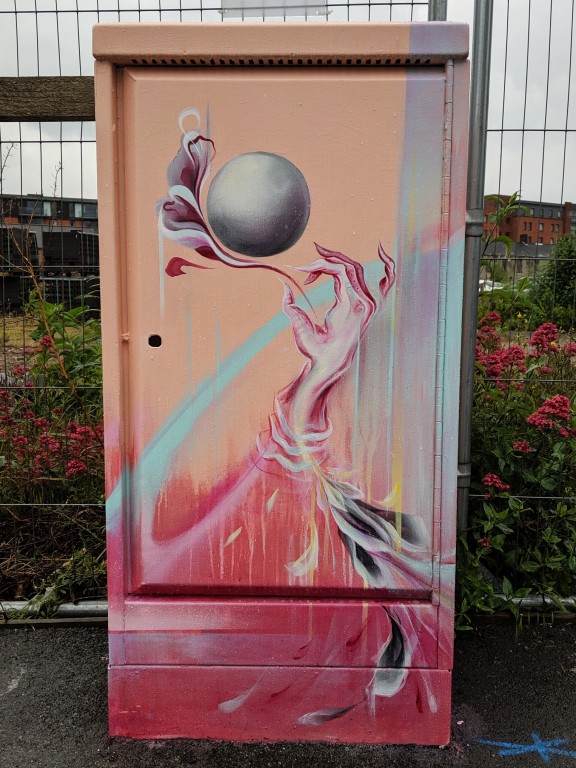